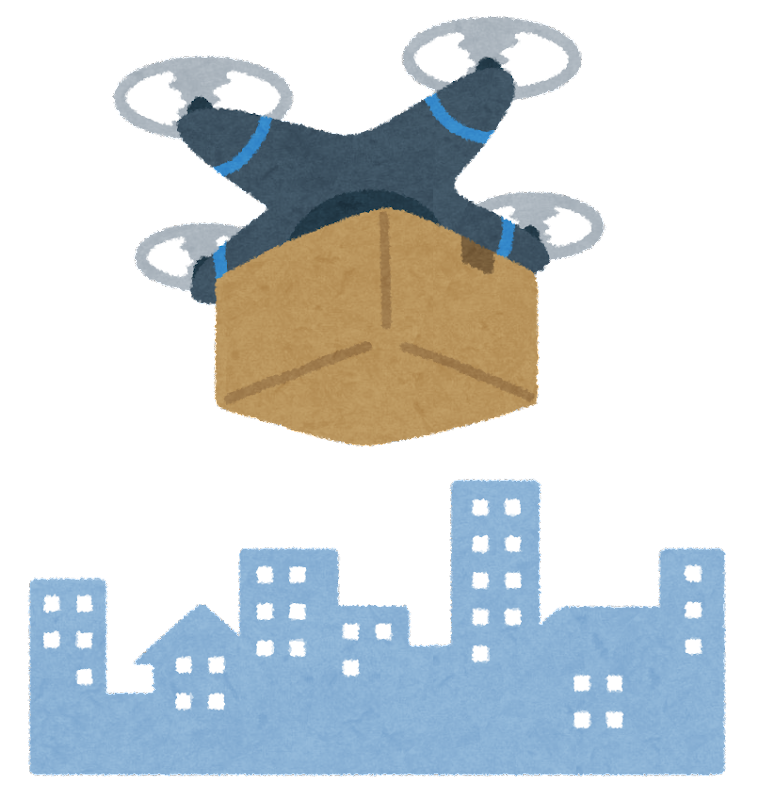 Research and development of unmanned aerial vehicles are being carried out all over the world, and they are used not only for industrial purposes but also for disaster response and are useful for saving lives. The core technologies of UAV are the control system, and it can be understood that the academic field of automatic control IFAC World Congress 2023 and the industrial field of control application UAV have the strongest relationship. Therefore, we will hold a world drone competition during the IFAC world congress 2023 period. We have planned a competition to compete for the world’s most advanced UAV systems, propulsion systems, control systems, communication systems, ground control station systems, and their integrated technologies, as well as advanced technologies for disaster response and emergency goods transportation use cases. We invite many teams from all over the world to participate, regardless of whether they participate in IFAC WC 2023 or not. The excellent team will be handed a certificate of honor by IFAC WC 2023, and the prize money of victory will be awarded by ARF.

Call for Teams and Application Form 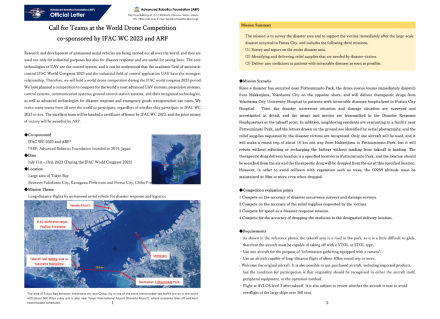 The mission is to survey the disaster area and support the victims immediately after the large-scale disaster occurred in Futtsu City, and includes the following three missions.

Since a disaster has occurred near Futtsuminato Park, the drone rescue teams immediately dispatch from Hakkeijima, Yokohama City on the opposite shore, and will deliver therapeutic drugs from Yokohama City University Hospital to patients with intractable diseases hospitalized in Futtsu City Hospital. Then, the disaster occurrence situation and damage situation are surveyed and investigated in detail, and the image and movies are transmitted to the Disaster Response Headquarters at the takeoff point. In addition, neighboring residents are evacuating to a facility near Futtsuminato Park, and the letters drawn on the ground are identified by aerial photography, and the relief supplies requested by the disaster victims are recognized. Only one aircraft will be used, and it will make a round trip of about 16 km one way from Hakkeijima to Futtsuminato Park, but it will return without refueling or recharging the battery without landing from takeoff to landing. The therapeutic drug delivery location is a specified location in Futtsuminato Park, and the location should be searched from the air and the therapeutic drug will be dropped from the air at this specified location. However, in order to avoid collision with vegetation such as trees, the GNSS altitude must be maintained at 30m or more even when dropped.

The area of Tokyo Bay from Yokohama city to Chiba city is one of the most overcrowded sea traffic area in the world with about 500 ships a day and is also near Tokyo International Airport (Haneda Airport), where airplanes take-off and landing overcrowded